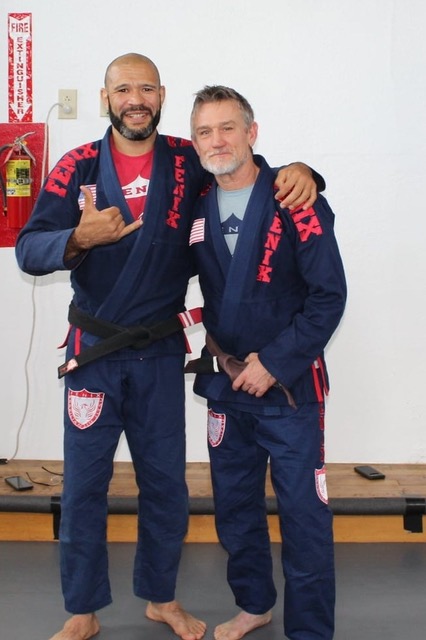 Professor Ronaldo Campos has over 25 years of experience in Brazilian Jiu Jitsu, 11 of which are as a black belt. Ron began training as a teen in Rio de Janeiro, Brazil. He then moved to the United Kingdom in 2001 where he fought professionally in MMA, eventually moving to the United States in 2004. He has been teaching BJJ for 20+ years, and is also a certified IBJJF referee with over 10 years of reffing experience. He is the owner and founder of Fenix Brazilian Jiu Jitsu.

Fenix Brazilian Jiu Jitsu hosts more than thirty classes at each of its locations every week.

As always, Fenix BJJ Team invites men, women and children of all levels to join our team. Join a Fenix location near you and observe how your life improves!