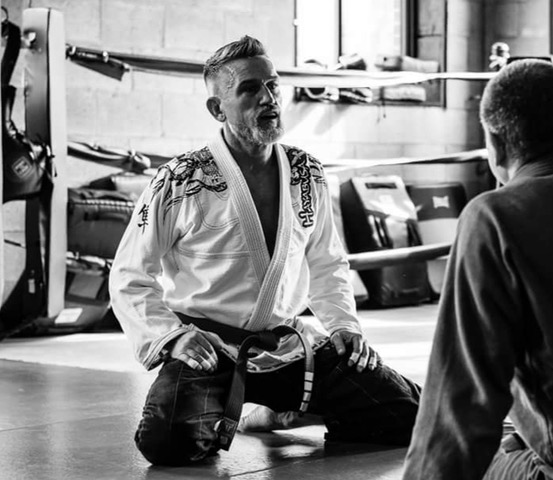 I started Brazilian Jiu-Jitsu in 2004, at the age of 40, at the Hatfield Mixed Martial Arts Academy, a Gracie affiliate in Pennsylvania. It was there that I developed my grappling foundation under the instruction of Professor Richard Latta and received my blue belt in 2008.

Like some of my peers my journey is a bit fragmented due to changes in my life. I found myself relocating geographically more than once over the next several years and as a result, moving from one state to another. I eventually landed on the mats in 2014 in Woburn, Massachusetts under the instruction of Professor Ronaldo Campos joining the Fenix family. It was there in 2015 that I received my purple belt.

Changing zip codes once again in 2016 I moved to New Hampshire to the beautiful North Country. It was difficult restarting my journey as I could find no BJJ programs in New Hampshire, North of Franconia Notch, with the discipline and structure that I was accustomed to in a Brazilian Jiu-Jitsu Academy setting.

So, I opened an academy in Lisbon, New Hampshire in 2018. It was shortly after opening in 2018 that an affiliation was established with Professor Ronaldo Campos and in 2019 I attained the rank of brown belt.

In October of 2020 we re-opened at our present location in downtown Littleton, New Hampshire at the historic Masonic Temple building at 137 Main Street directly across from the Littleton Post Office.

Our mission is in keeping with our affiliates’ mantra – “Fenix, changing lives through Jiu-Jitsu.”

It is our goal to engrain in the newcomer to this activity a strong fundamental skillset to serve them no matter where they travel. But more than that, it is our aim that all members of our club from the recreational practitioner to the tournament competitor reap the intangible benefits enjoyed by grapplers world-wide which make Brazilian Jiu-jitsu so special.

What we have done is to provide a safe hygienic competitive welcoming space for the serious competitor recreational grappler and the martial artist looking for a proven self-defense system. I see myself as a conduit sharing my Jiu-Jitsu experiences with my members and continuing to learn alongside them.